Dr. Mónica Feliú-Mójer is a bilingual scientist-turned-communicator who taps into her training (a PhD in neurobiology), personal background, and culture (a woman from a rural working-class community in Puerto Rico) to engage historically underserved and overlooked audiences, especially to Puerto Ricans and other Spanish-speakers, with science.

She has more than 16 years of experience in multimedia science communication, community engagement, media relations, science advocacy and diversity, equity, and inclusion. Dr. Feliú-Mójer serves as Director of Communications and Science Outreach for Ciencia Puerto Rico and as Director of Inclusive Science Communication and Engagement for the Science Communication Lab. Mónica obtained a B.S. in human biology at the University of Puerto Rico in Bayamón and a Ph.D. in neurobiology at Harvard University. She is a proud long-time SACNISTA, an alumna of the 2015 Linton-Poodry SACNAS Leadership Institute, and alumna of the 2017 SACNAS-HHMI Advanced Leadership Institute. 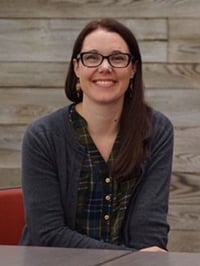 Tara Astigarraga, an enrolled member of the Choctaw Nation of Oklahoma, has been working at IBM for 20 years. As a first-generation college graduate, she had a very untraditional path into STEM, finding herself working in engineering after taking a leap of faith while attending a recruitment trip in college.

Today, Tara is a Distinguished Engineer and Master Inventor with over 75 patents issued, and in 2021 she was featured in a Smithsonian exhibit highlighting Women Inventors. At IBM Tara has worked in Systems Development, Test and Watson Research ,and is a lifetime learner. She is a passionate advocate and mentor for diversity in STEM. In 2016 Tara was the recipient of the AISES Technical Excellence Award and in 2019 was Distinguished Inventor of the Year. Tara lives in Rochester NY with her husband Julio and their two daughters. 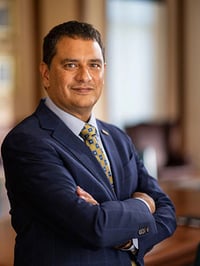 José Luis Cruz Rivera is the 17th President of Northern Arizona University (NAU). A year into his tenure, he has worked to create a bold vision for a new NAU focused on the delivery of equitable postsecondary value. This is articulated in the university’s strategic roadmap, NAU 2025 – Elevating Excellence as well as several signature initiatives including Access2Excellence and NAU’s equity-focused admissions initiative.

Before joining NAU in 2021, Dr. Cruz Rivera served as President of Lehman College of The City University of New York (CUNY) and as Executive Vice Chancellor and University Provost of the 25-campus system. He has also served as provost of California State University, Fullerton, vice president of Higher Education Policy and Practice at The Education Trust in Washington, D.C., and Chief Student Affairs Officer for the University of Puerto Rico system.

A leading national advocate for policies to expand opportunities and improve educational outcomes for all students—especially those who have historically been underserved—Cruz Rivera is a frequent keynote speaker and writer on higher education issues and serves on several regional and national boards of organizations that work to advance equitable educational policies and practices. He earned his bachelor’s degree in electrical engineering from the University of Puerto Rico and his master’s and doctorate degrees from the Georgia Institute of Technology.

After working in a crime lab, Dr. Raychelle Burks returned to academia, teaching, and forensic science research. Her research team is focused on the development of field portable colorimetric and luminescent sensor arrays for the detection of analytes of mainly forensic interest such as explosives, chemical weapons, controlled substances, and latent prints. She writes a science-meets-true crime column called “Trace Analysis” for Chemistry World.

Beyond forensics, Dr. Burks collaborates with colleagues in a variety of fields on projects where low cost and reliable rapid screening methods are needed. An in-demand science communicator, Dr. Burks

regularly appears on TV, in podcasts, at large genre cons such as DragonCon and GeekGirlCon, and other venues to converse on chemistry, forensic science, and STEM meets pop culture. She is the 2020 recipient of American Chemical Society's Grady-Stack Award for Interpreting Chemistry for the Public. She is a member of several local, national, and international committees, task forces, and projects focused on social justice and STEM. In 2021, Dr. Burks was listed as one of the “6 women who are changing chemistry as we know it” by BBC Science Focus Magazine. 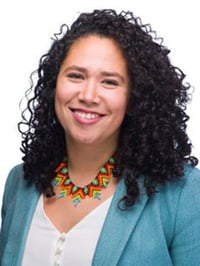 La Profe Ana Maria Porras is a biomedical engineering professor, communicator, and science artist. She leads the Tissue-Microbe Interactions lab at the University of Florida. Her group engineers models of disease to study human-microbe interactions. They also develop bilingual and artistic strategies to engage communities locally and globally.

Dr. Porras is the co-founding President of the Latinx in Biomedical Engineering community. She was selected as an IF/THEN AAAS Ambassador for girls and women in STEM and was honored with a statue at the Smithsonian Institution within that program. Prior to arriving in Florida, Prof. Porras was a Presidential Postdoctoral Fellow at Cornell University. She holds a B.S. in biomedical engineering from the University of Texas at Austin, and a Masters and Ph.D. from the University of Wisconsin, where she was also an AHA Predoctoral Fellow. Dr. Porras is an alumna of the 2019 SACNAS Postdoc Leadership Institute and Lifetime SACNAS Member. She loves to read, dance, travel, craft, swim, and, above all, eat ice cream. 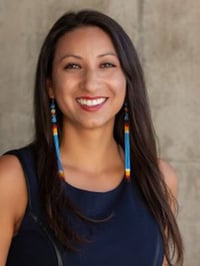 Dr. Lydia Jennings is a soil microbiologist and citizen of the Pascua Yaqui Tribe. She earned her Bachelor’s of Science from California State University, Monterey Bay in Environmental Science, Technology and Policy, and her Ph.D. at the University of Arizona in the Department of Environmental Sciences, with a minor in American Indian Policy. Lydia is a 2015 National Science Foundation “Graduate Research Fellow”, a 2019 American Geophysical Union “Voices for Science” Fellow, a 2019 Native Nations Institute “Indigenous Data Sovereignty” Fellow, and was recognized in 2019 by REI as a “trail runner changing the world”.

Currently, Dr. Jennings is a Postdoctoral Fellow in Community, Environment and Policy at the University of Arizona. In addition to her science research, Lydia is passionate about diversifying the outdoor recreation community and using running to engage more youth in science.

Judith Simcox, Ph.D. is an assistant professor in the department of biochemistry at the University of Wisconsin-Madison. Her lab studies lipids in the blood plasma, working to understand how plasma lipids are regulated and how they change in metabolic disease in diverse human populations. Judith is also the co-mentor for the University of Wisconsin-Madison American Indian Science and Engineering Society (AISES) Chapter, a faculty mentor for the Native American Center for Health Professionals (NACHP), and an alumna of the 2017 Linton-Poodry SACNAS Leadership Institute.

She grew up in Huntley Montana, a town of less than 500 people, that borders the Crow Reservation where her family is from. 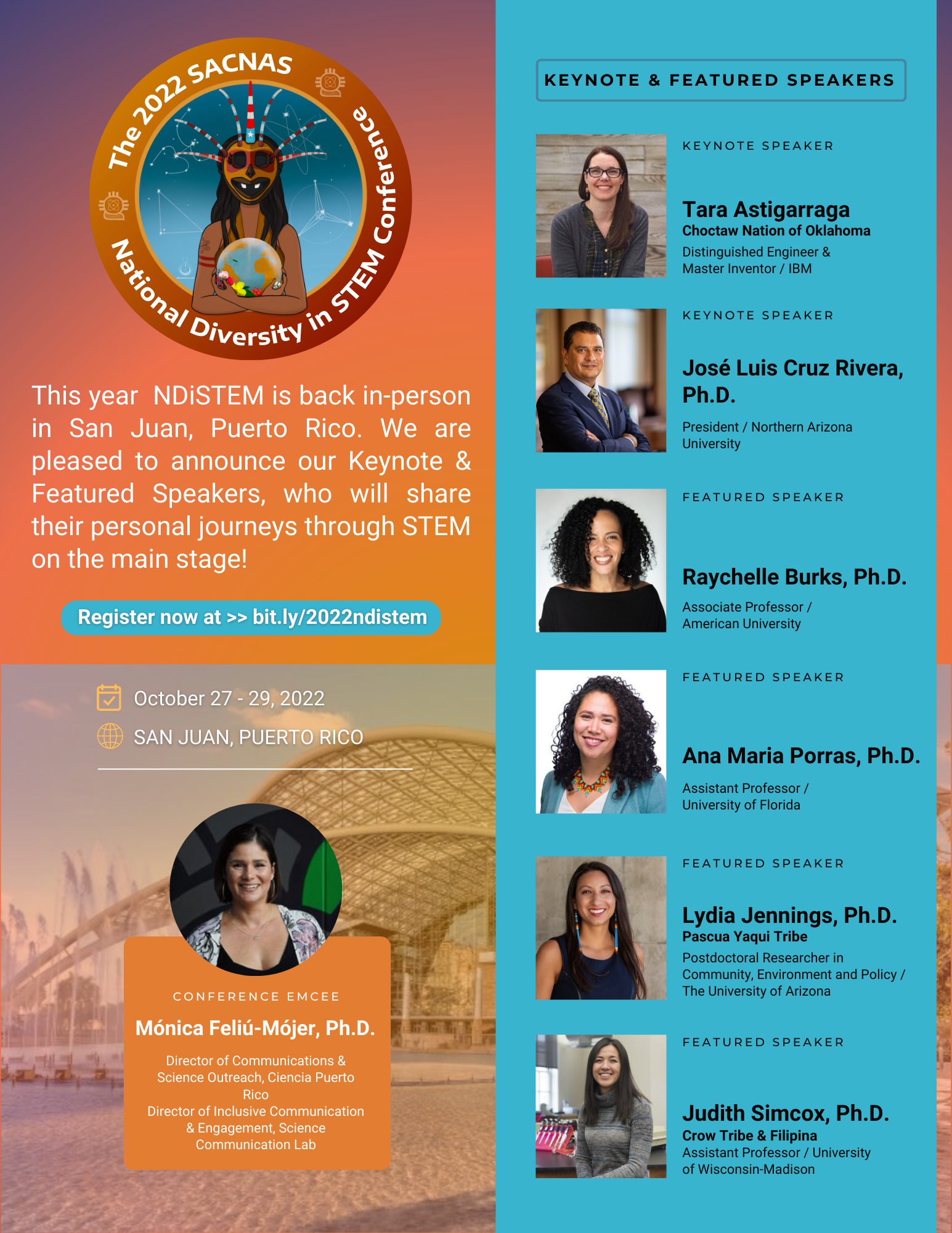 Keynote speakers include Dr. Tara Astigarraga, a Distinguished Engineer and Master Inventor and a passionate advocate and mentor for diversity in...

A new cohort of 20 STEM professionals joins the largest community of emerging STEM leaders of color in the country. The Linton-Poodry SACNAS... 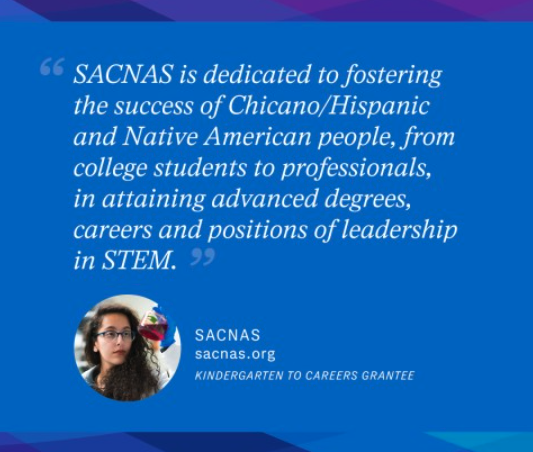 SACNAS is one of six nonprofits working across the education continuum that is receiving a grant from Genentech to help support our work. Check out...