Want to give back to SACNAS? Nominate yourself for the Board of Directors! These positions come with many professional and leadership development perks and help steer the direction of our organization. Submit your nomination form today: https://t.co/9kyk9lxKTQ 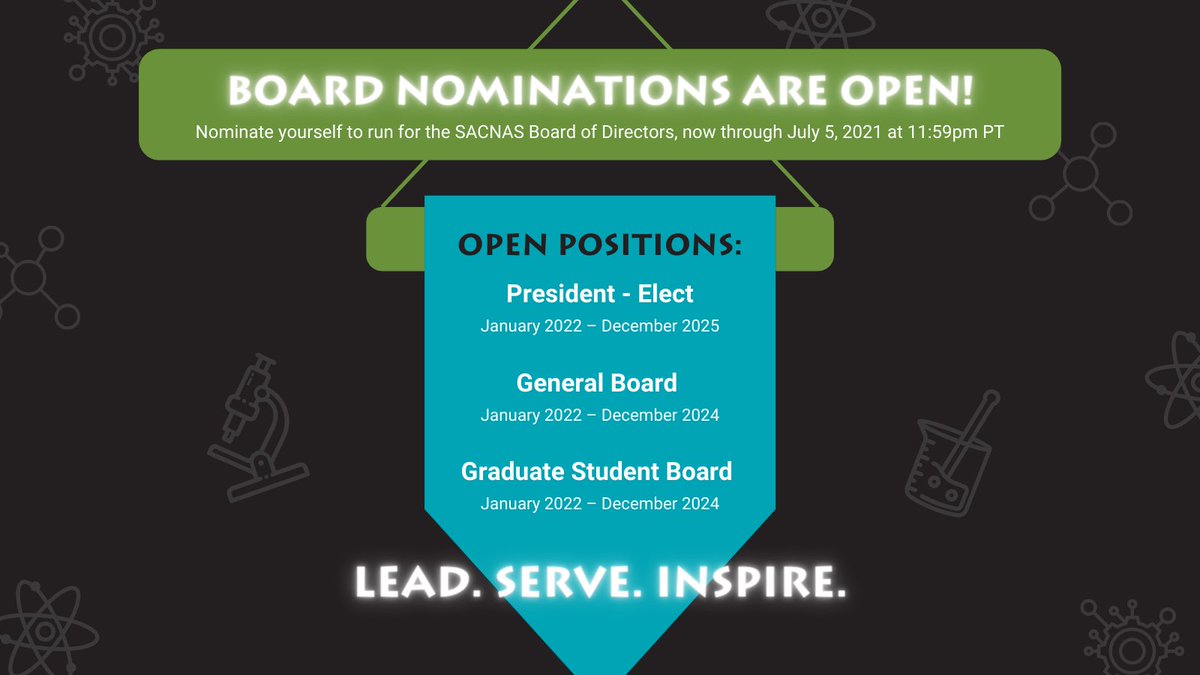