SACNAS has partnered with March for Science (April 22, 2017) to ensure that the voices of diverse scientists and the vision for achieving #truediversity in STEM are included in this national discussion on science. Through our participation, we are raising the visibility of underrepresented scientists and SACNAS during the period leading up to the March and during the March itself.

Dr. Lino Gonzalez, SACNAS President says, “We all need to stand up in support of science. And those of us from communities traditionally underrepresented in the practice of science need to stand even taller or we risk being trampled. Together, as SACNAS, we will stand taller.”

In addition to standing tall in the Washington DC March for science, SACNAS has been working with satellite marches across the country.

SACNISTAs will be visible during the March for Science, led by Dr. Lydia Villa-Komaroff, a founding member of SACNAS who was named honorary co-chair of the national march alongside Bill Nye (the Science Guy) and Mona Hanna-Attisha, the pediatrician in Flint who exposed the lead poisoning.

“Continued excellence in American science demands the utilization of all the talent available as well as continued public support. I’m honored to join the March for Science as an honorary co-chair and a proud SACNISTA.” said Dr. Villa-Komaroff.

All three will be serving as March spokespeople and speaking the day of the event. Read all about it in the Washington Post! 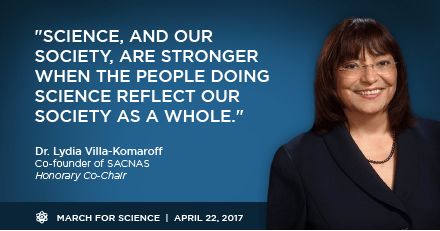 More cities and speakers to be announced soon!

SACNAS Executive Director Dr. Antonia O. Franco is on the diversity committee for the national march and SACNAS members are serving prominent lead organizing roles in the Marches for Science in: Austin, Los Angeles, San Francisco, and Philadelphia.

Robin Lopez, who’s helping organize the San Francisco March shared with us, “Admittedly, it is somewhat of a pressure-factor being the only Latino on the main leadership team, and fielding various inquiries from supporters who resonate with us as POC/URM that want to extend thanks for my participation, or offer advice to relay. However, that is a key component SACNAS has instilled in us, if you’ve attended a SACNAS National Conference – to be leaders, and to inspire others to help produce fair and equitable opportunities.”

Sign-up to march with fellow SACNISTAs at a satellite march near you. 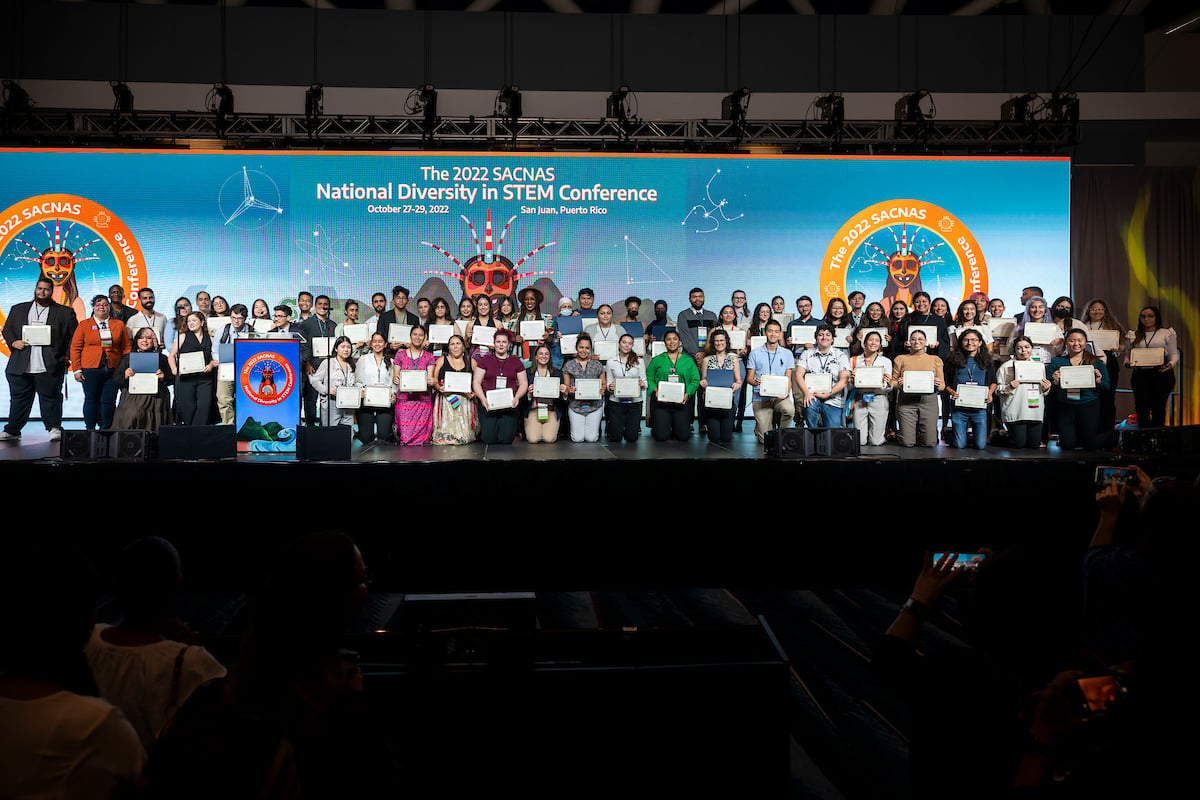