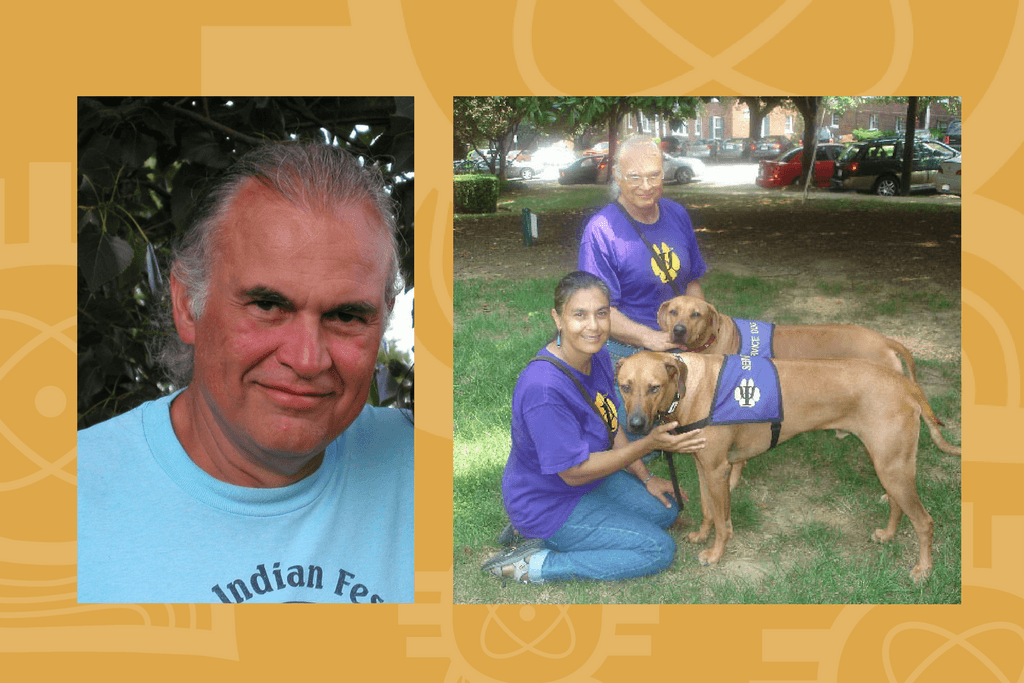 Dr. Joan Esnayra (Yaqui), a Life Member of SACNAS and past member of the Board of Directors (2002 – 2004) mourns the passing of her husband Dr. Craig Love (Southern Arapahoe).

The SACNAS family joins Dr. Esnayra in the celebration of Dr. Love’s life and work.

Craig Love, PhD
1945-2017
Dr. Craig Love, a resident of the Bella Coola Valley passed into the Spirit World on September 3, 2017. He died unexpectedly due to a sudden hemorrhage from his esophageal tumor after a night of playing drums with a local music band. Craig was airlifted to Vancouver General Hospital and died two weeks later.

After graduating with a Bachelor’s Degree in Psychology, Craig conducted behavioral research for NASA. He went on to earn a Master’s Degree in Experimental Psychology and later a doctoral degree in Educational Psychology at Temple University in Philadelphia. Professionally, he taught Statistics at the University of Miami, conducted research for the U.S. Bureau of Prisons, and taught courses in Psychology, Criminal Justice and Statistics at North Carolina Central University and University of North Carolina, Chapel Hill. He conducted Alcohol and Substance Abuse research at Brown University in Providence, Rhode Island. After joining the faculty, he established the first Native American Studies Program at Brown University. Teaching was Craig’s passion and he mentored numerous First Nations students who successfully earned doctoral degrees.

Craig also joined the faculty of Harvard University, worked at the United Nations, served on the Federal Advisory Council for the Substance Abuse and Mental Health Services Administration, a cabinet level federal agency in the Executive Branch of the U.S. government, and worked with the Office of the Surgeon General of the U.S. He won many research grants throughout his career and published extensively. He was a study committee member at the National Academy of Sciences and a grant proposal reviewer for numerous federal funding agencies over the course of many years. In his role as a board member of the Psychiatric Service Dog Society, a nonprofit organization that pioneered the use of specially trained assistance dogs for persons with mental health disabilities, Craig testified before the U.S. Congress on the critical role these dogs play in the rehabilitation of military veterans with Post Traumatic Stress Disorder.

During the last 16 years of his career he was a Senior Research Manager at Westat, a private research firm in the Washington, DC, area providing research services to agencies of the U.S. Government, as well as businesses, foundations, and state and local governments. Dr. Love was responsible for the oversight of large national research projects and scores of professional staff throughout the U.S. in fields of Substance Abuse Prevention and Treatment, Mental Health, Criminal justice, First Nations Communities, Epidemiology, Program Evaluation, and Technical Assistance Training.

Craig’s heritage was Southern Arapahoe and Dutch. As a Sundancer, Pipe Carrier, and Sweatlodge Leader in the Lakota tradition, his Lakota name means “Two Calves, White Horse”. His adoption into the Nuxalk Nation through the Snow family in 2015 bestowed upon him his Nuxalk Name, “Clhnutsakwaaxmliikw” which means “He Who Gathers the Wolves.” In all things, Craig sought to honor the Creator, God our Father, ‘Tankashila’ as he is called in the Lakota language.

Craig embodied a ‘Life of Service’ especially within First Nation communities. Through his 10 years of dedicated service to the Montana-Wyoming Tribal Leaders Council he played a foundational role in establishing a 600-acre substance abuse treatment facility. At the U.N., he worked on the U.N Declaration of Rights for Indigenous Peoples. In Bella Coola, he served as Chairman of the Nuxalk Volunteer Suicide Response Team and assisted the Nuxalk College in its accreditation and capacity-building endeavors. It was Craig’s strong desire to culminate his career teaching and mentoring students at the Nuxalk College. His final days at Vancouver General Hospital were spent preparing notes for a class in Trauma and Counseling Psychology that he was planning to teach. His death was a surprise and he will be dearly missed.

His wife, Dr. Joan Esnayra of Bella Coola, survives Craig as do his adult children Matthew, Samantha, John, and siblings Charles, Kitty, and Jerry in the U.S. Craig loved with compassion the animals in his care: Kenji, Simon and Amina. A traditional longhouse memorial service and feast was hosted by the Nuxalk College on October 20th. A memorial fund in the name of Dr. Craig Love will be established by the Nuxalk College in the coming weeks. The fund will support culturally-appropriate community-level behavioral health interventions.

Learn more about Dr. Love and Dr. Esnayra in the SACNAS Biography Project.